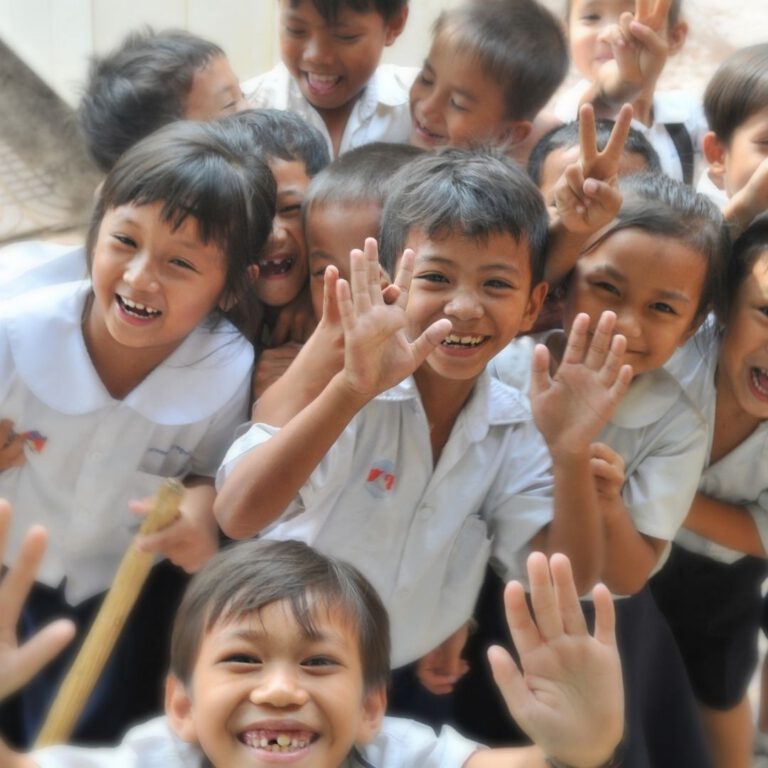 Education, in particular early years education, is missing a crucial third dimension. Our youngest citizens, the adults of tomorrow, are taught numeracy and literacy without question, while Social and Emotional Learning (SEL) is so often de-prioritised or even absent from the classroom, creating palpable asymmetries in the development of a generation. There is a critical need to nurture our children’s natural talents and abilities whilst also embedding holistic prosocial competencies and skills, rooted in mental health and social justice, to help to peacefully and sustainably change the world for the better. This is the education that Think Equal, through its programme designed by thought leaders such as the late Sir Ken Robinson, Barbara Isaacs, Robin Stern and Marc Brackett, Vicky Colbert and Urvashi Sahni, provides.

One of the most poignant and revolutionary calls to action from Montessori, particularly in today’s current global context, comes from the powerful words of Maria Montessori herself: “establishing peace is the work of education. We must convince the world of the need for a universal collective effort to build the foundation for peace.” When reading these words, one cannot help but draw parallels to other influential thought leaders from around the world including Mahatma Gandhi who insisted that “If we are to reach real peace in the world, we shall have to begin with the children” and Nelson Mandela who said “Education is the most powerful weapon which you can use to change the world”, and who defined that brand of education as that which teaches our children to love, not hate. Education, undoubtedly, is the key to unlock all human potential to allow all people to flourish in a safe, free and equal world. However, the critical question we need to ask ourselves, is: “what kind of education?”

Education, in particular early years education, is missing a crucial third dimension. Our youngest citizens, the adults of tomorrow, are taught numeracy and literacy without question, while Social and Emotional Learning (SEL) is so often de-prioritised or even absent from the classroom, creating palpable asymmetries in the development of a generation. There is a critical need to nurture our children’s natural talents and abilities whilst also embedding holistic prosocial competencies and skills, rooted in mental health and social justice, to help to peacefully and sustainably change the world for the better. This is the type of education that Maria Montessori, Mahatma Gandhi and Nelson Mandela were all calling for, and this is the education that Think Equal provides.

Think Equal is an award-winning global charity with a mission to empower positive change through education in the early years. The programme offers educators and families evidence-based, engaging and, most importantly, concrete tools to teach 25 skills and competencies to 3–6-year-old children. Some of these include: Empathy, Celebration of Diversity, Gender Equality, Environmental Stewardship, Resilience, Self Esteem, Peaceful Conflict Resolution, Critical Thinking, Problem-solving, Mindfulness and Emotional Regulation. Designed by 22 global experts in the fields of education, neuroscience, psychology and human rights, the programmatic tools have been developed by pre-eminent thought leaders including the late Sir Ken Robinson (world-renowned educationist); Barbara Isaacs (President of Montessori Europe); Dr Robin Stern and Dr Marc Brackett (co-founders of Yale Center for Emotional Intelligence); Vicky Colbert (Wise Education Laureate); and Dr Urvashi Sahni (expert in Gender Equality). Furthermore, Think Equal includes two best practice mindfulness and wellbeing programmes: The Kindness Curriculum, developed by Professor Richard Davidson and SEE Learning, developed by Emory University. Both programmes have been created in collaboration with His Holiness the Dalai Lama. The Think Equal programme also powerfully tackles one of society’s greatest challenges by providing environmental education equally to every child it reaches, establishing stewardship towards our planet in the mindsets of a generation, resulting in long term sustainability impacts. Think Equal is primarily designed for classroom settings, however it has also been adapted for parents and families at home. The EQlicious home kit, gives parents the resources they need to deliver SEL at home effectively, either standalone or as a compliment to the classroom programme. Think Equal puts the tools in the hands of teachers, carers and parents, holding the key to unlocking every child’s potential and setting them up with the life skills necessary for individual, societal and planetary success, preventing entrenched discriminations, anti-social attitudes and behaviours and roadblocks at the earliest opportunity.

There is a wealth of evidence that the brain has unique neuroplasticity in the early years, (up until the age of 6). The human brain undergoes rapid growth during childhood, with development in all domains being finely integrated across neural circuitry with very young brains creating neural synaptic connections at the rate of 1,000,000 per second. The power of Early Years Education to forge pro-social mindsets is clear, and the societal need for intervention grows by the hour. Decades of research have evaluated the impact of high quality early years SEL programmes – to assess both the short and long term impacts. Results consistently show a powerful increase in long-term personal wellbeing, social and emotional development outcomes, and public health, and findings also indicate increased academic performance and general economic prosperity, both for the individual and for the wider community. As predicted by the 60 years of mounting evidence on the impacts of SEL, the results of the Think Equal programme are highly notable. Yale University partnered with Think Equal to assess the impact of offering access to the Think Equal programme in Botswana on young children’s patterns of social and emotional (SE) behaviour during the 2017 school year. Their findings showed that children exposed to Think Equal “were more socially and emotionally skilled and less likely to be angry, aggressive, anxious, or withdrawn than their peers who did not have access to Think Equal”. In 2019, researchers at the Federation University Australia partnered with Yale University to determine changes in children’s social and emotional behaviour after participating in the Think Equal programme. The results showed that overall, children were more emotionally regulated, less emotionally dysregulated, less anxious and withdrawn, demonstrated greater effortful control, demonstrated greater extraversion, and had lower negative affect than children who did not participate in the programme. The Federal Government of Australia’s Beyond Blue Programme (chaired by Julia Gillard) has evaluated Think Equal to be one of only 4 (out of several hundreds of early years programmes on their recommended menu) to be top-rated in all categories.

Think Equal, is currently in 18 languages, and in 20 countries offering the missing dimension to education to over 182,000 3-6-year old children.  The evidence highlighting the power of an early years education that is firmly anchored in human skills of empathy, equality and wellbeing truly does move us forward into a future in which a “universal collective effort to build the foundation for peace” becomes possible.

This Tuesday, 29 March at 19.00 (CEST), we welcome Sasha Lawless, Programme Coordinator at ThinkEqual, who will share with us how families and educators can weave wellbeing and justice into all areas of life, allowing children to lead successful lives and cultivate a safe, free and equal world. Register now.