Play and Creativity in the Montessori Environment 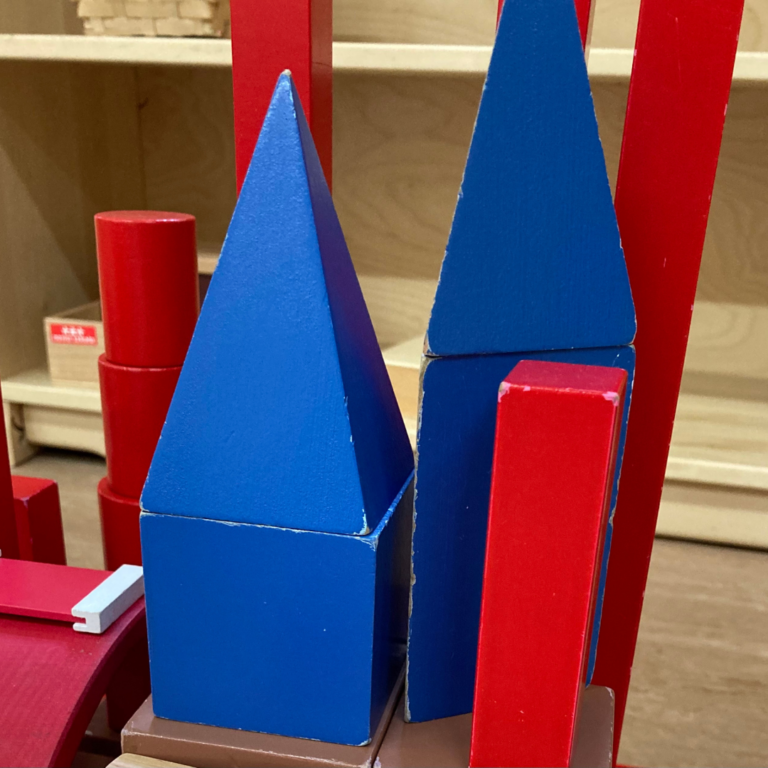 Imagination and play continue to be hotly debated topics in Montessori circles, especially in the Early Years Environment, where a reality-based approach is held by many as vital for children's ‘normalisation’ process. Yet, Montessori saw the period between three and six years as “a special period for the construction of the imagination…this period is generally not only called the period of play, but also the period of the imagination” (Montessori, 2012: 174). Furthermore, Montessori believed that “imagination is the real substance of our intelligence. All theory and progress come from the mind’s capacity to reconstruct something” (Montessori, 2008: 48).

Montessori herself did not help the debate over the role of play, as she appears to contradict her views in her writing regularly. In one of her 1946 London Lectures, for instance, she says that “When people see children playing with sand or a doll they say you must respect these things because they are the means by which the child’s character is formed. They are ecstatic, almost worshipping this play. But this veneration of play is a prejudice” (Montessori, 2012: 151). Taken out of context, one might assume that Montessori viewed play as an inferior activity. However, in that same lecture, she continues “If we watch children, we will see that when a child has finished a big piece of work with exactness, they will start to do it all over again. They work without any external purpose… They have an interior purpose, an inner purpose – the construction of the personality… When the child does work which has no external purpose, we call it play. We must realise the child’s inner purpose and that this unification of the personality is only possible at this age” (Montessori: 2012: 155). In Maria Montessori Speaks to Parents (Montessori, 2017: 17), she explains that “the greater part of what you call ‘play’ is really work… when children are left to play by themselves very little of their activity is purposeless.” And “Playtime for them is a time of learning by practice” (Montessori, 2017: 45).

The World Economic Forum (WEF) predicts that 50 per cent of employees will need to reskill by 2025 (Thomsen, 2021) and in a recent survey conducted by McKinsey, 85 per cent of companies said they had accelerated their digitisation (McKinsey Global Institute, 2020). In this light, the WEF foresees that the top skills required in the future include not only stress tolerance and flexibility, but also adaptability and creativity, highlighting that these are skills that are best developed through play, which instils a sense of curiosity and an understanding that there are different ways to approach new challenges.

The idea that play supports the development of “out of the box thinking” is echoed in the work of Alison Gopnik in her book, The Gardener and the Carpenter (2016). In the Chapter, ‘The Work of Play’, Gopnik explains why play is good for learning, touching on research in which a robot is given the chance to play before being presented with a challenging situation and copes better with the unexpected situation by applying what it has learnt in play. The logic that play prepares children for future challenges, making them more adaptable, robust and resilient, is mirrored in research conducted by Gopnik, Buchsbaum and others, who found that preschoolers who were better at pretend play were also better at “counter-factual reasoning”, demonstrating an adaptability and flexibility which are critical skills for the future.

In England, the Early Years Foundation Stage (EYFS) Statutory Framework sets out the standards that school and childcare providers must meet for the learning, development and care of children from birth to 5. Its overarching principles set out that every child is unique, learns to be strong and independent through positive relationships in enabling environments, and that children develop and learn in different ways (DfE, 2017: 6). The Characteristics of Effective Learning (CoEL) were introduced in the EYFS in 2008 and can be viewed as factors which contribute to the child becoming an effective learner, and include:

“In our schools we allow the children to use their spontaneous activity by offering them objects which call for movements appropriate to their stage of development; in this way they learn through doing.”

But if the discussions in various Montessori Facebook groups are anything to go by, we still struggle to allow children to explore and investigate the activities on the shelf, requiring instead an exactness in their use of the materials. Yet, whilst Montessori requires the adult to present the materials in a certain way (Montessori, 2020), she is, in fact, not concerned when the teacher might observe that the children do things in a way that is different to what is expected (Montessori, 2020).

At West Side Montessori School in the early 2000’s, research supported a new way of practice, which allowed the children to figure out how to use (most) materials before presenting them an alternative adult way (Barron, 2002). Research conducted by Laura Schulz at MIT supports this approach, as Schulz found that “children who were shown how to make a toy squeak were less likely to discover the toy’s other features than children who were simply given the toy with no instruction. Schulz says that ‘There’s a tradeoff of instruction versus exploration… If I instruct you more, you will explore less, because you assume that if other things were true, I would have demonstrated them’” (Trafton, 2013). By allowing children the freedom, space and time to be creative and experiment, we support the development of problem-solving, risk-taking and critical thinking skills.

Parents, teachers and government bodies all recognise the value of play, yet in many of our Montessori settings, play and exploration is off-limits as the children are expected to work with the materials in set and specific ways. Dare we be brave and provide our children with an environment in which they are free to choose and use the materials as they wish (Montessori, 2007) and in which the child is free to explore the materials “without interference or unasked-for help” (Montessori, 2017: 46)? Montessori herself said that:

“A child’s liberty should have as its limits the interests of the group to which he belongs…but everything else, every act that can be useful in any way whatever, may be expressed. It should not only be permitted but it should also be observed by the teacher. This is essential.”

Ultimately, our role as Montessorians is to follow the child and take inspiration from what Montessori advocated:

“I will not extinguish any fire, any greatness, any enthusiasm. On the contrary, I wish to illuminate the whole of instruction so that every little particle of knowledge is received with understanding and enthusiasm.”​

Join us as we explore this issue further at our webinar on Tuesday 22 June, 19.00 (CEST). Register here.

Gopnik, A. (2016) The Gardener and the Carpenter, London: Penguin Random House​

Thomsen, B.S. (2021) ‘How learning through play as a child can help you succeed as an adult’, World Economic Forum. Available here (date accessed 17 June 2021)